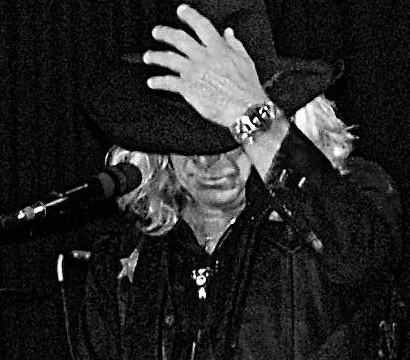 ABOUT CHRIS DANIELS PROJECT:
"Chris Daniels Project" is a hard drivin', edgy country rock band, who are very well known in the southern California music scene. Affectionately referred to as “CDP”, the band has a sound all their own and a great following; they draw to capacity in clubs and concert venues alike. "CDP" is a self-contained act, having their own sound system, full PA and lighting.

Chris Daniels had the HONOR of opening for one of Nashville's legendary singer/songwriters, HAL KETCHUM, on April 27th at The Coach House in San Juan Capistrano.  An all acoustic show, featuring Original music and the stories behind those songs; Chris played with Larry Green to a standing room only, sold out crowd.  Hal Ketchum and Chris Daniels were a "perfect pairing" and the evening was magical!

“CDP” also opened a sold out show for Eddie Money at The famous Coach House, as well as opening for The Marshall Tucker Band, Ry Bradley, Lukas Nelson, Leon Russell, The Tubes & more.  Selling out shows demonstrates their strong fan base and ability to share the stage with every top act.

Chris Daniels has performed across the Continental USA, touring with Toby Keith and Clint Black in Europe, Korea, Kosovo & Bosnia (incl. all the Baltic countries), completing three USO tours overseas, for our Military.

Among the many Benefits and Fundraisers for our Great Military, and Child Abuse Prevention & Awareness charities, "Chris Daniels Project" opened the 11th Annual "Rock The House" fundraiser at The House of Blues in Anaheim, for The Ronald MacDonald House Charities of Southern California.  That night, over $25,000 was raised for families and children in need.

Chris has been a Featured Artist on Bob Goodman's "Whole Nuther Thing" radio show, which airs on Sundays at 3:00pm PST on KSBR-FM/KCSN-FM 88.5 in Orange County & Los Angeles, respectively.  After playing a few tracks off of “Years Behind Bars”, Bob described Chris' music as “good old fashioned Country-Rock meeting R&B soul-music, with a bit of Blues thrown in for flavor.”

In addition, Chris has also been a Featured Artist on KIX Hot Country KKCM-FM 92.1 AND KXCM-FM 96.3 Radio in The Coachella Valley/Morongo Basin.

“CDP” appears regularly in Orange County Concert venues and is in consistent  rotation within the Orange County and Los Angeles club scenes.  With steady bookings 4-5 times per month, they're a crowd favorite and continue to be in demand.

ABOUT CHRIS:
Hailing from the San Francisco Bay Area, Chris Daniels is no stranger to the Roadhouses and concert venues of America. Having shared the stage with the such notables as The Tubes, Eddie Money, Leon Russell, 38 Special and countless others, Chris has built a reputation as a solid multi-instrumentalist who is versatile in numerous styles of music, as well as playing lead & rhythm guitar, keyboards, bass, drums, harp and flute.  Artistically Chris’ soulful emotion and songwriting are drawn from his own life experience and is colored by the personalities and adventures he’s encountered along the way.

“Hot off the presses and ready to rock, here’s an album full of sweat-soaked authentic American music…with smoky flavors reminiscent of the Stones, the fine bouquet of The Eagles, and the woodsy undertones of Willie Nelson. This is music with history and heart.”
- London West Advertising

“Chris Daniels writes catchy rock melodies with slammin’ guitar hooks. You’ll be singing the chorus all day. Supported by Gospel style back up vocals, this is Rock n Soul music at its best from a veteran of the road.”
- iTunes/CdBaby

"These guys are the REAL DEAL! LOVE THE NAME, LOVE THE SOUND, LOVE THE MUSIC!"

THANKS FOR ALL YOUR SUPPORT!

"HIGHWAY ROBBERY" is available for download on all your favorite platforms as well as for sale on Amazon and iTunes.

For a physical CD, please send an email to us at: chrisdanielsproject@yahoo.com and include your name, address and email, along with $10.00 which includes S&H.

Thanks for all your support over the years and we'll see you at the shows!

The Cliff Restaurant and Bar

The Cliff Restaurant and Bar

The Pub in Chino Hills

The Pub in Chino Hills

Cook's Corner On The Patio

Cook's Corner ON THE PATIO

Cook's Corner Pre-Christmas Show on the Outside Patio

PRIVATE PARTY (Not open to the public)

"CDP" is excited to be coming back to Cook's Corner, for our first show of 2022! Come join us on Sunday, January 16th on the patio, for a whole day of live music, dancing & celebrating the New Year... We've got an incredible line-up and Beth will have our new CD, "Highway Robbery" available for purchase.
Live music from 12p - 5p.
See ya there!!

Contact Information
DO NOT USE THE 'INFORMATION REQUEST' AREA.

SEND US AN EMAIL TO THE ADDRESS ABOVE.

Due to Covid19 concerns, we are all doing our part in staying safe and taking the advice coming from The National Institute of Health.
Please stay safe and remember... the life you save could be another's.
We look forward to seeing you at the shows.
Please stay safe, everyone.