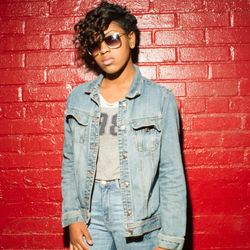 From The Court To The Stage

Asia Mills (Born Asia Mills-Burch on July 29th of 1995) An American born singer, songwriter and producer. Alexandria Virginia native Asia Mills' singing interest was sparked as a you girl taking to the likes of Whitney Houston and her most favorite Aaliyah. As a superb athlete in middle through high school, winning trophies being MVP, a well know player and recognized with for her professional WNBA Capabilities that included a basketball scholarship to Columbia International University (CIU) Asia felt that she couldn't choose singing over basketball but While singing in the church choir as a young girl at Ebenezer Baptist church in Occoquan Virginia, Asia realized more and more the growing strength of her voice and didn't want to choose basketball over singing. Left to feel torn between the court and singing as she realized that both had her heart. It would all soon become clear that her destiny was in the hands of a much higher calling. Asia Mills endured many unexpected & substantial obstacles throughout her young & remarkably talented life. In high school while playing basketball Asia Mills suffered an extreme injury, a torn ACL Following surgery Asia was forced off the court and into recovery. Through the pain of the surgery and the heart ache of not being able to play Asia found comfort in her ability to write music. She thought the injury was a sign she should focus on singing and put the ball down but she was not yet ready to leave the court and also not ready to let music go so she wrote, focusing on music until she was cleared to return to the court. The first time back on the court felt like home, she was back at it, playing ball and being a natural on the court like she never left. Playing every game like it was her last until she soon learned of another heart shaking disappointment. Being close to her last high school basket ball game, she learned that the college basketball scholarship she once had was now voided because of the injury she had suffered. Baring the feeling of being permanently torn away from the court, the heartache was heavy but she pushed through, channeling all of her anger, and pain into a pen and onto paper, writing music. Although she missed basketball she felt that with every song written and sang there was a little more healing within, proving a second and final time that her calling was indeed to use her voice.

Life That We Living Official Video
You Tube

Life That We Living Official Video